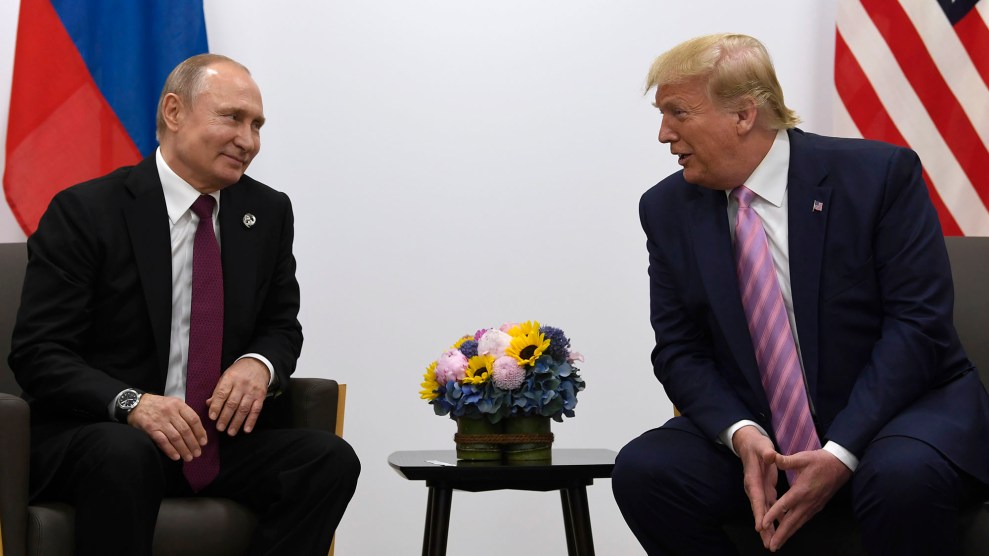 President Trump told two senior Russian officials in a 2017 Oval Office meeting that he was unconcerned about Moscow’s interference in the 2016 U.S. presidential election because the United States did the same in other countries, an assertion that prompted alarmed White House officials to limit access to the remarks to an unusually small number of people, according to three former officials with knowledge of the matter.

You’ve heard about this meeting before, because it was a big deal at the time—that’s the same one where he revealed classified information to Russian Foreign Minister Sergei Lavrov and Russian Ambassador Sergey Kislyak. As with many weird and scandalous things the president does, it momentarily dominated the political discussion and then sort of faded away.

But the meeting has taken on new significance in the wake of the whistleblower complaint about Trump’s phone call with the president of Ukraine. The complaint alleged—and the administration subsequently confirmed—that the White House had taken unusual steps afterward to “lock down” the details of the call, by storing it on a separate classified server and restricting access. (Another Friday report by CNN shed more light on the White House’s attempts to shield several of Trump’s sensitive calls from the public’s eye.)

It is not clear whether a memo documenting the May 10, 2017, meeting with Lavrov and Kislyak was placed into that system, but the three former officials said it was restricted to a very small number of people.

As with seemingly everything having to do with Trump, there are really two different layers of scandal here. One is the suppression of records. That’s not a small deal—it is a subject of the impeachment investigation, after all. But the other is a very large one: The Post story catches the president explicitly telling the hostile power that attacked his political rival and interfered with the cornerstone of American democracy that is was all totally fine with him. It doesn’t take a whole lot of imagination to wonder what that means for 2020.