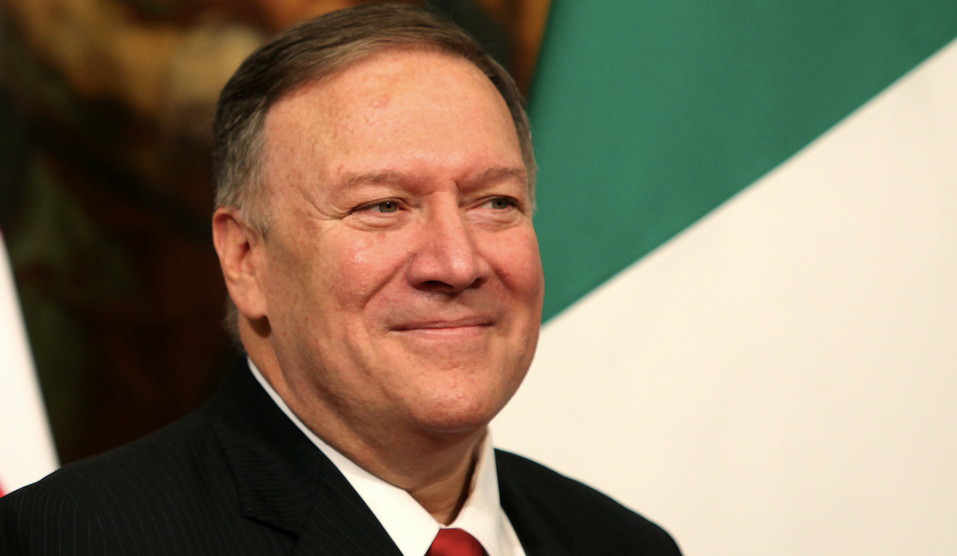 Secretary of State Mike Pompeo confirmed his participation in the July 25 phone call between President Donald Trump and Ukrainian President Volodymyr Zelensky. The admission on Wednesday came on the heels of a Wall Street Journal report revealing that Pompeo had listened in on the call—an explosive detail he went to extraordinary lengths to avoid disclosing during a media appearance only ten days ago.

“I was on the phone call,” Pompeo told reporters at a press conference in Rome, Italy, before framing his involvement as standard for his role as secretary of state and US efforts to thwart the threat of Russia in Ukraine. “I know precisely what the American policy is with respect to Ukraine, it’s been remarkably consistent.”

But that explanation is unlikely to convince Democrats or really anyone who watched Pompeo on a September 22 interview with ABC’s Martha Raddatz. Pompeo repeatedly dodged the topic, instead rattling off misleading talking points on Ukraine and attacks against the Biden family, even when Raddatz directly asked him what he knew about the phone conversation now at the center of impeachment proceedings against Trump.

One explanation for Pompeo’s slow-walked admission could be a sternly worded letter Democratic committee leaders sent on Tuesday, warning the secretary of state that his efforts to block State Department officials from testifying on Ukraine could be used as evidence of obstruction. The letter also raised the possibility that Pompeo was violating several federal statutes, including some punishable by prison time.

"I was on the phone call."
Secretary of State Mike Pompeo confirms that he was present for President Trump's phone call with the Ukrainian president.https://t.co/QRFB4IwXZM pic.twitter.com/YTk9zQTGFB