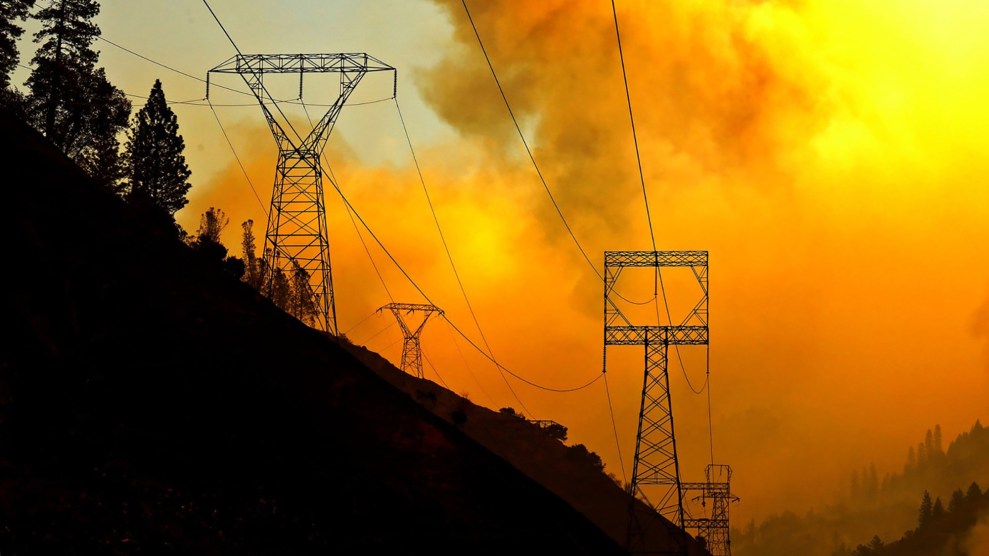 Late Tuesday, US Bankruptcy Court Judge Dennis Montali approved a long-awaited settlement between PG&E and fire victims after a six-hour hearing, marking a significant step forward in the company’s quest to emerge from bankruptcy. The decision follows two weeks of twists and eleventh-hour surprises.

In early December, PG&E shareholders reached a $13.5 billion agreement with fire victims’ lawyers after months of negotiating (half paid out in stocks in the reorganized utility) to settle claims from the devastating 2018 and 2017 California wildfires as well as the Ghost Ship Fire and the 2015 Butte Fire. In exchange, victims’ lawyers would support the PG&E plan to exit bankruptcy. The deal gave shareholders further hope they’d emerge from bankruptcy in control of the utility, as long as the governor signed off—a stipulation of the settlement.

But late Friday, California Governor Gavin Newsom rejected the deal, despite the politically risky optics of slowing the bankruptcy proceedings and potentially delaying victim payouts. Newsom has been deeply critical of the utility, accusing them of “greed and mismanagement over the course of decades” and floating the idea of municipal takeover. In a letter announcing his opposition to the deal, Newsom said that “the amended plan and the restructuring transactions do not result in a reorganized company positioned to provide safe, reliable, and affordable services to its customers” and demanded a “radically restructured and transformed utility.” He called for an entirely new board of directors and new governance and enforcement mechanisms.

In order to save the deal from falling apart, PG&E responded to the governor’s curve ball by removing the plan’s provision that Newsom approve the deal with victims by December 17, submitting the amendment just hours before the plan was going to be considered in court on Tuesday. “This is something that’s changing by the hour,” an exasperated Judge Montali said during the hearing Tuesday. While the judge approved the settlement, PG&E has a long road ahead.

“PG&E’s had a good development here, but it’s not a guaranteed winner,” says John Geesman, an energy consultant and attorney who served as the executive director of the California Energy Commission.

A group of local officials led by San Jose Mayor Sam Liccardo is pushing to replace the embattled company with a customer-owned utility. And, to be able to take advantage of California’s new wildfire fund, AB 1054, PG&E must emerge from bankruptcy with the state’s approval and in compliance with the law by June 30. The legislation requires investor-owned utilities to spend billions in safety and equipment upgrades, but limits their liability from fires. (In rejecting the fire victims settlement, Newsom argued their current restructuring proposal wouldn’t satisfy the new law.)

In court Tuesday, the attorney representing Newsom reiterated the current plan was not yet compliant with AB 1054 but said the governor didn’t want to stand in the way of fire victims getting the compensation they deemed fair. Judge Montali cautioned that approving the settlement did not mean the utility had complied with AB 1054 or resolved debates over corporate governance. “Somebody still has a lot of heavy lifting to do,” he said. The utility’s lawyers said they are working with the state to find a solution. Montali also approved a $11 billion settlement with investors and insurers. Also on Tuesday, the California Public Utilities Commission proposed its own settlement with PG&E for $1.7 billion over wildfires started by their equipment, removing yet another hurdle for the company.

The governor isn’t the only one dissatisfied with the utility. PG&E sparked widespread outrage with a series of planned power outages in the fall that left Californians in the dark for days at a time. A November poll found that less than one in eight California voters wanted PG&E to remain in its current structure after bankruptcy, though there was less consensus on the best alternative. On Monday, protesters rallied in front of PG&E’s San Francisco headquarters. They blocked the building entrances and city bus lines, demanding shareholders reinvest profits in communities.

BREAKING: Activists have LOCKED DOWN all entrances to PG&E headquarters in San Francisco to demand they give back their profits until safe, that @GavinNewsom must hold killers accountable and protect vulnerable communities. #PGEisKillingUS #PowerToLive pic.twitter.com/7LOsldo5fS