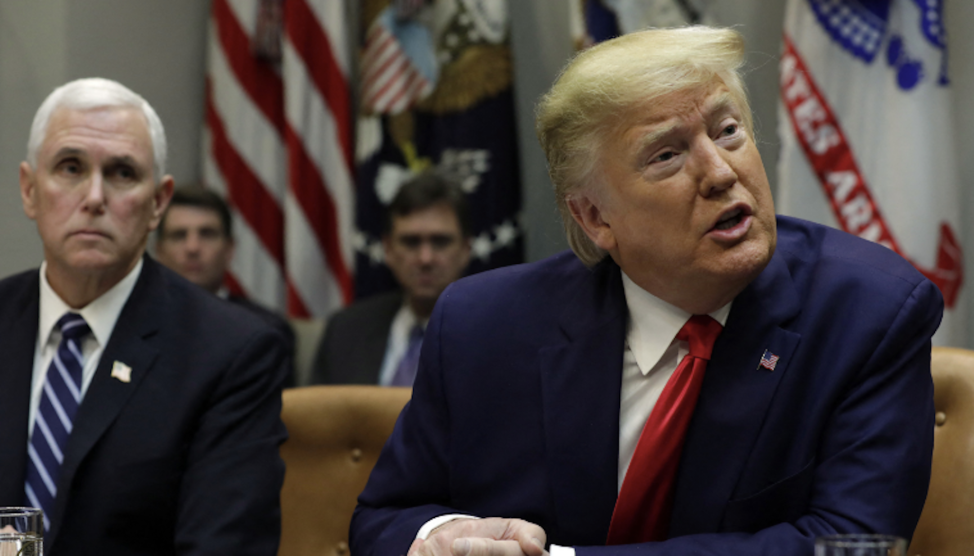 The president cast doubt on the World Health Organization’s estimate that the global death rate from the virus is 3.4 percent, telling Sean Hannity on Wednesday that “I think the 3.4 percent is really a false number—and this is just my hunch—but based on a lot of conversations with a lot of people that do this because a lot of people will have this and it’s very mild. They’ll get better very rapidly, they don’t even see a doctor, they don’t even call a doctor. You never hear about those people.”

He continued by referring to the coronavirus as the “coronaflu.” Later in the phone appearance, Trump appeared to suggest it was fine for people sick with the coronavirus to go to work, once again undermining the Centers for Disease Control and Prevention’s urgings that the infected should self-isolate and limit outside contact.

“If we have thousands or hundreds of thousands of people that get better just by sitting around and even going to work—some of them go to work—but they get better. Then when you do have a death, like you’ve had in the state of Washington, like you had one in California, I believe you had one in New York,” Trump said. (New York has not yet reported any deaths from the coronavirus.)

In this clip, Trump:
1. Denies WHO’s coronavirus death rate based on “hunch”
2. Calls coronavirus “corona flu”
3. Suggests it’s fine for people w/ Covid-19 to go to work
4. Compares coronavirus to “the regular flu,” indicating he doesn’t get the difference pic.twitter.com/uC9c03zX31

It was the latest in a string of public appearances by the president where he seemed to attempt to minimize the virus’s threat even as documented cases in the US steadily rise. Hours before phoning into Hannity’s Fox News program, Trump debuted a new strategy to combat mounting criticism of his administration’s actions, by falsely claiming that former President Barack Obama, who left office more than 1100 days ago, is to blame for the current delay in testing for the virus.

“The Obama administration made a decision on testing that turned out to be very detrimental to what we’re doing,” Trump claimed at a White House meeting on Wednesday. “We undid that decision a few days ago so that the testing can take place in a much more rapid and accurate fashion.”