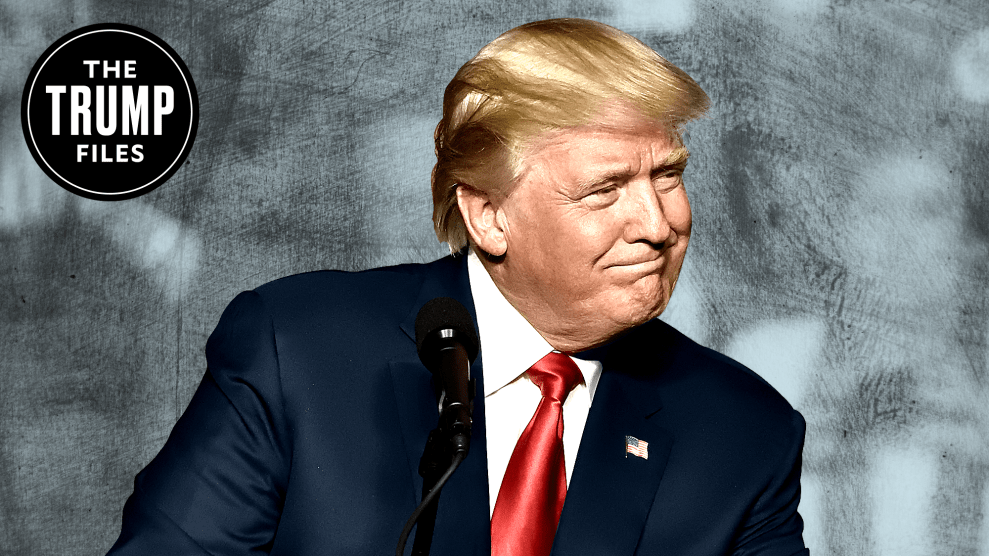 This post was originally published as part of “The Trump Files“—a collection of telling episodes, strange but true stories, and curious scenes from the life of our current president—on July 28, 2016.

Democrats weren’t always bashing Donald Trump. In fact, in 1987, they were seemingly desperate to get his star power on their side.

Even though Trump was a registered Republican, House Speaker Jim Wright (D-Texas) and other high-ranking Democrats asked Trump to host their annual Democratic congressional fundraising dinner the next year. Rank-and-file Democratic lawmakers cheered the effort on. Future presidential nominee John Kerry chimed in to invite Trump on behalf of the Senate Democrats.

“He’s young, dynamic, successful,” gushed Rep. Beryl Anthony Jr., the head of the Democratic Congressional Campaign Committee, to the New York Times. He cited Trump’s wish to help negotiate nuclear arms reduction treaties as evidence Trump was in the wrong party. “The message Trump has been preaching is a Democratic message,” Anthony said.

Trump, however, was lukewarm. “I’m honored to be asked by the Speaker, whom I hold in high esteem,” he told the Times. He said he’d consider the invitation, but probably not Anthony’s suggestion that he become a Democrat. Two days later, the Washington Post reported that Trump was indeed ready to fundraise—for Rudy Giuliani, then a potential Republican candidate for the Senate. He eventually turned the Democrats down.