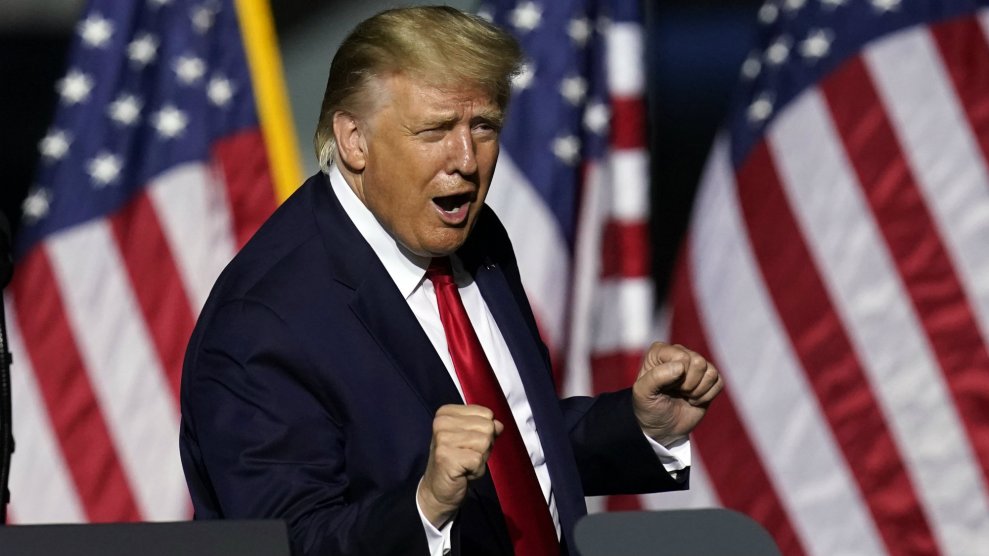 When I was attending college in a small conservative town in Iowa, a “friend” asked me if my mom paid taxes. Taken aback by the question, I quickly muttered, “Yes…” and moved on. Only later that day did I realize the implication. At the time, my mother was a green card holder, and this person assumed that because my mom is an immigrant, she must be living off the government for free. Of course mom pays taxes, I fumed, doesn’t everyone?

A sweeping New York Times report found that not only did Donald Trump pay just $750 in federal income tax in 2016 and 2017, but for 11 of 18 years of tax records he paid no income tax at all. And, to twist the knife a little deeper, he received a $72.9 million dollar refund that is currently being audited by the Internal Revenue Service. Aside from the important revelations about Trump—who has refused to release his taxes for years—the investigation offered another glimpse into the world of the super-wealthy. While teachers, nurses, plumbers, and restaurant workers dutifully pay a portion of their salaries into federal coffers, the tax code allows for millionaires and billionaires to pay very little or nothing at all. Rich people are the real welfare queens and Donald Trump is their king.

American culture reveres wealth and blames poor people for their own misfortune. The idea of makers and takers is decades old. Mitt Romney’s 2012 presidential campaign was derailed after Mother Jones reported that he’d been caught on tape claiming that 47 percent of the American people were “takers.” In 2016, Trump tried to use the tape to criticize Romney, despite making similar comments himself in an interview with Sean Hannity on Fox News, as my colleague David Corn reported:

This was a routine conservative contention: Assistance programs cause people not to work. And Hannity pressed Trump: Would he insist that recipients of food stamps, welfare, and other government assistance “have to work for it?” Trump replied that this could be necessary, and he remarked that Bill Clinton had pushed such an approach with welfare reform. Then Trump made a broader point:

“The problem we have right now—we have a society that sits back and says we don’t have to do anything. Eventually, the 50 percent cannot carry—and it’s unfair to them—but cannot carry the other 50 percent.”

Their talking points come from none other than Ronald Reagan who helped usher in the era of the welfare queen; the Black woman who doesn’t work, pays no taxes, and lives a lavish life—the cars! the television sets!—off of government welfare. Forty years later, this vision of the lazy and self-indulgent Black woman still resonates. How many complaints do we hear about food stamp beneficiaries daring to buy steak or brand name cereal? If my tax dollars are paying for their meals, the line of thinking goes, they should obviously be eating gruel. But low-income Americans pay taxes—and a lot more than the current president—as Twitter demonstrated after the Times story broke.

As an undocumented immigrant, I can now say that I've paid more in taxes than the President. According to NYT, @realDonaldTrump paid only "$750 in federal income taxes the year he won the presidency."

I’m a teacher. I pay more in taxes than @realDonaldTrump. Can someone explain how this is OK?

In 2016, the average middle-income household earned $60,000. According to the Congressional Budget Office, the average household paid $2,200 in federal taxes that year. The biggest talking point of Trump’s campaign has been his obsession with the notion that undocumented immigrants are criminals and racists coming to exploit and destroy our country. One key component of that message is his assertion that undocumented immigrants are costing the federal government billions of dollars a year. But, in fact, the latest data from the IRS found that undocumented immigrants paid $23.6 billion in federal income tax in 2015. They also pay Social Security and Medicare, benefits they are not eligible to receive. When it comes to being tax burdens, immigrants have nothing on the president of the United States.

When it comes to being tax burdens, immigrants have nothing on the president of the United States.

The irony of the welfare queen myth is not only that the American public benefits system is a disgrace (the average food stamp recipient receives less than $2 per meal), but a big reason it is that way is because wealthy people like the president don’t pay their fair share. According to Sen. Bernie Sanders (I-Vt.) the top 1 percent is responsible for 70 percent of unpaid taxes.

Trump’s tax returns tell us that he's either a very bad businessman or a tax cheat—likely both.

But more importantly, it shows how the wealthy, unlike most Americans, are able to avoid paying taxes.

The top 1% is responsible for 70% of unpaid taxes.

It's time to tax the rich.

The once-robust social safety net has been steadily dismantled by Republican and Democratic administrations alike. A series of actions, from Ronald Reagan’s fear-mongering about the government subsidizing luxurious lifestyles for welfare recipients to Bill Clinton’s welfare reform that imposed strict work requirement for benefit recipients, have made it tougher than ever to be poor in America. Now Trump is making it even harder.

“There’s been an emphasis on attacking the most vulnerable people in our nation,” says Alexandra Cawthorne Gaines, vice president of the Poverty to Prosperity Program at the Center for American Progress. “It’s just continuous attacks and the creation of additional barriers for people seeking assistance.

While wealthy people dodge paying taxes, they freely cast the blame on our crumbling system as the fault of Other People—whether poor people too lazy to work or immigrants flooding the border—thereby leaving working people busy accusing each other of consuming unearned resources. Meanwhile, Donald Trump scammed the government into giving him nearly $73 million. Who is more of a financial drain? Surely, it’s not the homeless man receiving $194 in food stamps each month or the single parent receiving less than $300 in cash assistance. Or the unemployed who are now deprived of the additional $600 a week in essential aid.

A system that rewards the rich at the expense of the poor is nothing new, but the Trump era has provided an additional dimension. Trump has portrayed himself not only as the savviest of savvy billionaires but also as the unlikely hero of the working class. Yes, on its face, this is ridiculous. But much of his fan base supports him for this very reason. These new financial revelations may not convince millions of his supporters to turn their backs on him, but it offers yet another data point in this era when cherished truths about the United States are being unmasked—with nearly 205,000 dead from coronavirus, millions facing economic ruin, record-breaking climate calamities, and massive protests in the streets over racial inequality. Everything we once believed would carry us through this era—unity, democracy, and exceptionalism—turned out to be lies, often most passionately sold to us by grifters.