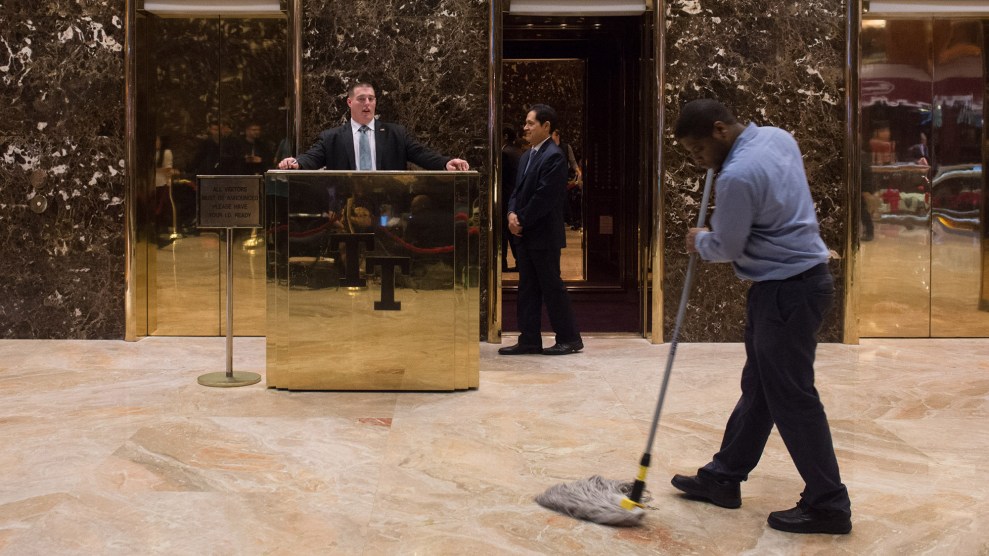 Yesterday, President Donald Trump tweeted his take on a proposal to build a barrier to protect his hometown from storm surges like the one that killed 44 people and caused $19 billion in damage and economic losses during Hurricane Sandy in October 2012:

A massive 200 Billion Dollar Sea Wall, built around New York to protect it from rare storms, is a costly, foolish & environmentally unfriendly idea that, when needed, probably won’t work anyway. It will also look terrible. Sorry, you’ll just have to get your mops & buckets ready!

In other words, mop dead.

The sea barrier proposal is in its preliminary stages—the Army Corps of Engineers says the final structure will take 25 years to build. And there is debate over its environmental impact and how effective it will be against rising sea levels.

Needless to say, the president loves other kinds of multibillion-dollar walls, even when they don’t work. And he’s not entirely opposed to sea walls when he’s the one (figuratively) left holding the mop. In 2016, he applied for a permit to build one to protect his Irish golf course from rising sea levels. (They were approved in 2017.)