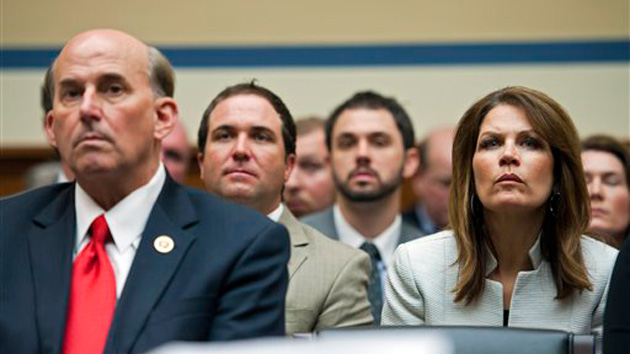 Reps. Louie Gohmert and Michele Bachmann sit in the audience during a hearing on Benghazi on Capitol Hill. This was May…of last year.Cliff Owen/AP

Last week, in response to a Freedom of Information request filed by Judicial Watch, the White House released a memo related to Benghazi that was authored by Ben Rhodes, the deputy national security adviser for strategic communication. The four-page memo, written a few days after the attacks, was designed to prep Susan Rice for her upcoming appearances on several Sunday talk shows. Among other things, it addressed the anti-American protests that had first sprung up in Egypt and then spread throughout the Middle East, including this line as one of the goals of her appearances:

To underscore that these protests are rooted in an Internet video, and not a broader failure of policy.

Republicans say this is a “smoking gun” of a White House cover-up on Benghazi. But is it? Here are 10 things you should know:

So: A “smoking gun”? “Cold, hard evidence” of an Obama cover-up? Just like Watergate? Hardly. Even George Will doesn’t believe that. The video really did play a role in the Cairo protests and then the Benghazi attacks, and there was never anything wrong with saying so. It’s inexplicable that Republicans think this memo proves anything more damning than that.