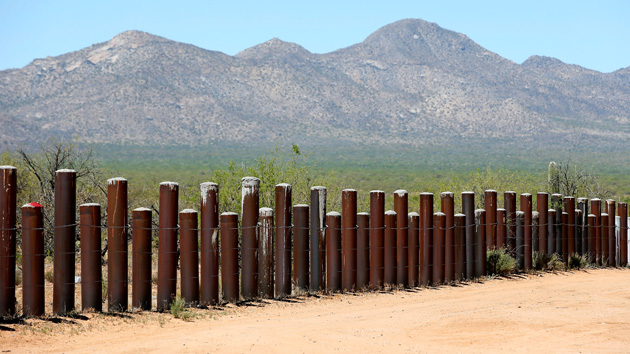 Phil Klinkner takes to the pages of the LA Times this morning to tell us that immigration was a big deal in the 2016 election:

Comparing the results of the 2012 and 2016 ANES surveys shows that Trump increased his vote over Mitt Romney’s on a number of immigration-related issues. In 2012 and 2016, the ANES asked respondents their feelings toward immigrants in the country illegally. Respondents could rate them anywhere between 100 (most positive) or 0 (most negative). Among those with positive views (above 50), there was no change between 2012 and 2016, with Romney and Trump each receiving 22% of the vote. Among those who had negative views, however, Trump did better than Romney, capturing 60% of the vote compared with only 55% for Romney.

….Overall, immigration represented one of the biggest divides between Trump and Clinton voters. Among Trump voters, 67% endorsed building a southern border wall and 47% of them favored it a great deal. In contrast, 77% of Clinton voters opposed building a wall and 67 % strongly opposed it.

This gibes with my anecdotal view that a fair number of Trump voters didn’t pay much attention to anything he said except that he was going to build a wall and keep the Mexicans out. All the budget and regulation and Obamacare and climate change stuff was just noise that they didn’t take very seriously. But building a wall was nice and simple, and they thought it would bring back their jobs and keep their towns safe.

Having said that, though, I want to repeat a warning: everyone should stop looking for tectonic changes that account for Trump’s win. Hillary Clinton was running for a third Democratic term during OK-but-not-great economic times, and that’s always difficult. Most of the fundamentals-based models predicted she’d win by a couple of percentage points, and she actually did much better than that—until James Comey decided to destroy her. And even at that, she did win by a couple of percentage points. It was a fluke of the Electoral College that put Trump in the White House, not a historic shift in voting patterns.

The real question is how Trump won the Republican primary. At the presidential level, that’s a far more interesting topic than what happened in a fairly ordinary general election.