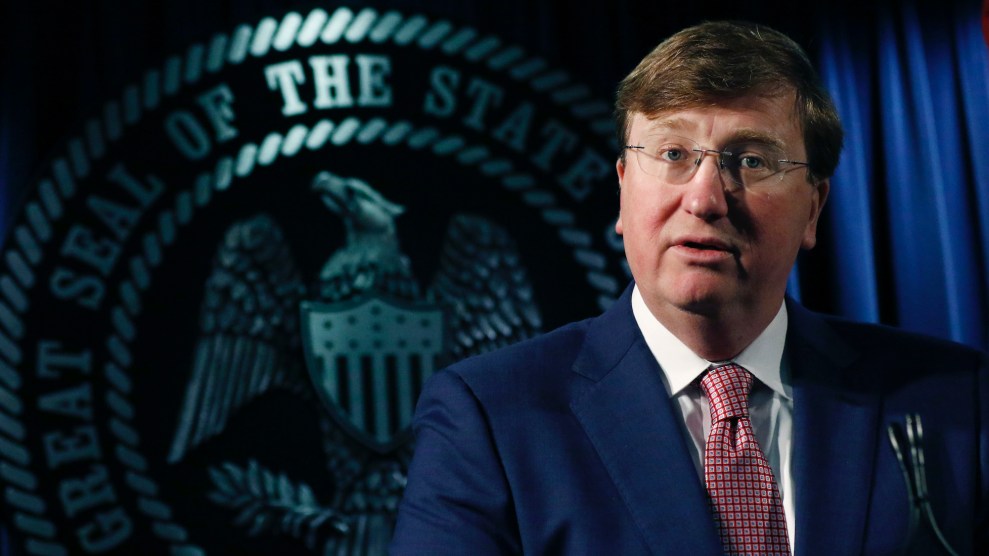 Mississippi Gov. Tate Reeves, one of the first Republican governors to announce he was cutting off pandemic-era unemployment insurance.Rogelio V. Solis/AP

Republican governors’ newest form of economic stimulus is anti-stimulus: cutting off $300 in additional weekly unemployment insurance money to push people back into the labor market.

There are a few problems with this approach. First, there’s no compelling evidence that unemployment insurance is responsible for the isolated labor shortages in some low-wage industries like food service. Second, governors are hurting their own economies by turning down billions of dollars in free federal funds. Third, it makes no sense to cut off money to everyone in every industry just because some restaurants are struggling to attract people with low wages.

Then there’s racial inequality it will exacerbate. Following a pandemic that disproportionately hurt people of color by just about every metric, Republican governors have come up with a policy that tries to return to normal by further disadvantaging people of color. Andrew Stettner, a senior fellow at the progressive Century Foundation, got at this in a post in which he showed that two-thirds of Mississippi’s unemployment insurance recipients are Black, even though fewer than 40 percent of people in the state are Black. Nevertheless, Mississippi Gov. Tate Reeves was one of the first to announce that he was ending the supplemental insurance early.

In at least 20 of the 22 GOP-led states that are rejecting the federal unemployment money, Black people were likelier than the state’s overall population to be receiving unemployment insurance in March, the most recent month included in the Department of Labor’s data. (One of the two potential exceptions is Ohio, where the data show that Black workers account for 13.1 percent of the population but 12.1 percent of people receiving unemployment insurance. The race of nearly a third of Ohio’s unemployment recipients, however, is listed as unknown. As a result, the percentage of Ohioans receiving unemployment who are Black is almost certainly higher than 12.1 percent.) The same issue exists to varying degrees for all of the states listed below. Whatever disparity you see in the graph is likely even more severe in reality.

These numbers are not surprising given that Black workers suffered a disproportionate share of job losses during the pandemic. There are other disparate impacts as well. In Alaska, for example, more than a quarter of people relying on unemployment are Native Americans, compared to 15 percent of the state’s overall population. Native Americans in Montana are also more likely to be receiving unemployment insurance.

This is what people mean by systemic racism. Following centuries of oppression, Black workers ended up concentrated in low-wage industries. When the pandemic hit, those industries were the first ones to lay people off. Then, once employers needed workers for cheap labor again, Republican governors started saying they’d get rid of the extra unemployment money that lets people to look for better jobs or take care of loved ones. In theory, it’s race blind. In practice, it’s yet another inequity.