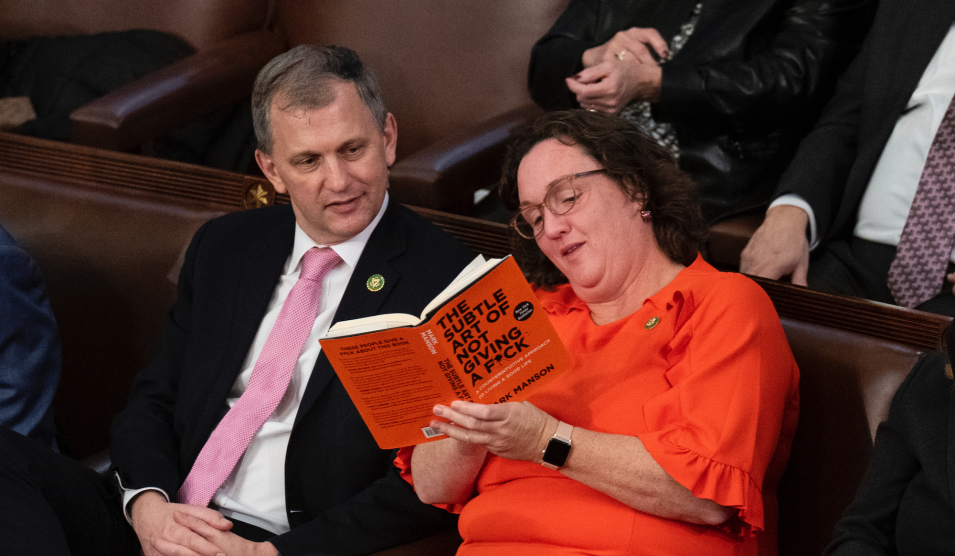 The internet is in rare agreement: C-SPAN, the famously staid public affairs network, had a banger week.

Measured in television ratings, that’s indisputable; Americans were apparently riveted by Kevin McCarthy’s marathon humiliation, and who could blame them? But the attendant praise for a C-SPAN gone wild—the direct result of the chaos the network’s cameras were there to film—has convinced some that we should give C-SPAN producers full control over what they’re able to film, allowing the network to create a cinematic event out of turgid committee meetings. The logic appears rooted in several ideas but the main one seems to be that increased transparency is a good thing. Maybe the country wouldn’t be such a divisive shithole if we could see more Alexandria Ocasio-Cortez and Paul Gossar in conversation, forgetting that the guy once tweeted an anime depicting him killing her. Oh, and the memes. Little vape hits so satisfying, why not make room for more?

But there’s a real danger in believing that the C-SPAN we saw last week, while surely more entertaining, offered an authentic glimpse into the inner workings of Congress.

As my colleague Tim Murphy wrote for the magazine, we live in a post-Trumpian era teeming with shitposters, lawmakers clamoring for virality with a shamelessness that can only be judged as repulsive. C-SPAN was created to undo such media distortion. But, in the blog era, that’s harder to imagine: Everything is fodder for a post. Adults who run our country now obsess over ways to appear in headlines claiming they’ve DESTROYED political foes, whose long game doesn’t extend much further than to create endless content. This sickness consumes many of the stars of the current Republican Party, but Democrats are far from immune. In fact, Democrat Katie Porter emerged last week with what might be the best possible argument against a free-roaming C-SPAN:

Politics is inherently performative; we all know this. Yet whipping out “The Subtle Art of Not Giving a Fuck” in 2023, as if we’re still stuck in the Obama years, exceeds tolerable levels of cringe. Such moments, themselves little prayers hoping to excite a certain corner of the internet, feel intensely out of step with the overwhelming desensitization of being subsumed by nearly a decade of political corniness and mendacity. One easily imagines Porter, days into McCarthy’s struggle and realizing that much of the country is watching, convening with aides to brainstorm tortured content they’d eventually fundraise off of. That’s normal DC brain for you, sure. But why let them commit such corny atrocities under the guise of faux transparency?

We live in a post-Trumpian era teeming with shitposters. C-SPAN was created to undo such media distortion. But, in the blog era, that’s harder to imagine.

The chance of getting zoomed in on by a C-SPAN camera would also play to some of the worst instincts that animated the very grandstanders responsible for last week’s Republican paralysis. While political observers pondered over what this rowdy group could possibly want by holding the whole thing hostage, consideration of just three of the biggest McCarthy holdouts—Matt Gaetz, Lauren Boebert, Andy Biggs—suddenly rendered all that political guesswork silly. You could pore over the list of concessions and realize that nothing quite matched their singular impulse to chase clout. Be vile because why the hell not? Remain permanently drunk on pursuing endless fights. I’m all for C-SPAN producers enjoying themselves. But a zoomed-in version of Gaetz’s rot is a price too big.

Of course, not everything we witnessed via C-SPAN last week was contrived. George Santos seemed genuinely lonely, that guy really did almost hit the other guy, and Americans did get a view into political wheeling and dealing. But none of that is enough to warrant the belief that permanent, free-roaming access to floor discussions is true transparency.

I reject a future marred by a C-SPAN gaze. At least when it’s clout chasing on CNN it’s clear what game is being played.