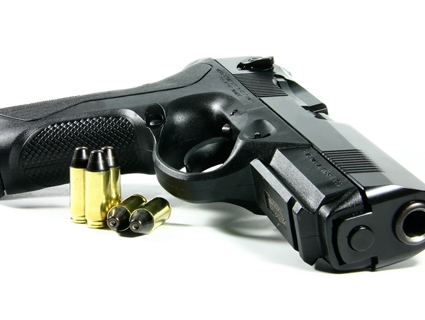 The National Rifle Association’s proposal to eliminate school shootings by putting an armed guard in every public school was greeted with ridicule when it was unveiled last month. (MoJo was no exception.) After all, armed guards hadn’t prevented massacres at Columbine and Virginia Tech, and as I reported on Monday, the push seemed all the more dubious given that the NRA’s point man on the issue was on the board of a private security company.

But the NRA may have been on to something—at least insofar as public opinion is concerned. According to a new poll released by Quinnipiac on Thursday, Virginians favor putting armed police officers in schools by a more than two to one margin. The proposal has bipartisan support, with 79 percent of Republicans and 58 percent of Democrats backing it.

The most revealing finding in the poll may be this: Although voters broadly favor many forms of gun control—59 percent support banning high-capacity magazines; 62 percent think assault weapons “make the country more dangerous”—most Virginians aren’t necessarily prepared to do anything about it. Just 24 percent of those surveyed said that a candidate’s position on gun control would be a deal-breaker come election time.