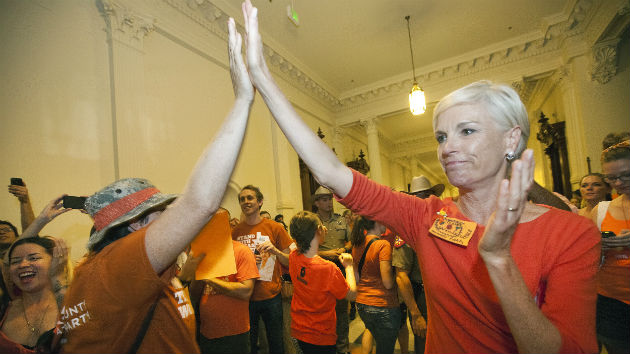 Planned Parenthood officials announced Thursday that the organization is suing the Center for Medical Progress, the group behind last summer’s series of misleading and heavily edited videos that created a firestorm over whether the Planned Parenthood’s fetal tissue donation program broke the law. The federal lawsuit, filed in San Francisco, also named David Daleiden, the face of the Center for Medical Progress, Troy Neumann, the CMP’s secretary and a well-known anti-abortion activist, and several other CMP members as defendants.

The series of videos, released this summer by the secretive CMP, purported to show Planned Parenthood staff and other abortion care professionals discussing how to traffic fetal tissue for profit. Donating fetal tissue for medical research is legal in the United States, as is receiving reimbursement for the costs associated with the donation. Only two states have fetal tissue donation programs, and Planned Parenthood has categorically denied that it has profited from them. Both state and federal investigations into the health care group’s donation programs have found no evidence of wrongdoing. In the fall, Planned Parenthood announced that it would no longer accept reimbursement for the tissue donations but would pay for them.

Planned Parenthood in California is one of two state affiliates that donates fetal tissue.

The federal lawsuit accuses the CMP of racketeering, illegally creating and using fake driver’s licenses, and invading the privacy of and illegally recording Planned Parenthood officials and staff. The suit describes the CMP as a “complex criminal enterprise conceived and executed by anti-abortion extremists,” and says that “the aim of the fake enterprise—which stretched over years and involved fake companies, fake identifications, and large-scale illegal taping, was to demonize Planned Parenthood.”

Harassment, threats, and attacks against abortion providers surged ninefold after the release of the first video in July. And Cgongressional and state lawmakers have used the debunked videos as reasons to defund or restrict the activities of Planned Parenthood. Ten states have introduced legislation restricting either the process of fetal tissue donation or its use in biomedical research. The House and Senate both approved measures to defund the group, which is the nation’s largest provider of women’s health, serving nearly 3 million Americans every year. States have also moved to cut off Medicaid funding for Planned Parenthood affiliates, though those attempts have largely been blocked.

“This case is about a network of anti-abortion extremists and the laws they broke in order to spread lies and harm Planned Parenthood,” Dawn Laguens, executive vice president of Planned Parenthood Federation of America, told reporters. “This is a fraud build on illegal acts and a web of lies. They lied about who they were and what they wanted to discuss with Planned Parenthood. They colluded with right wing state legislators and members of Congress.”