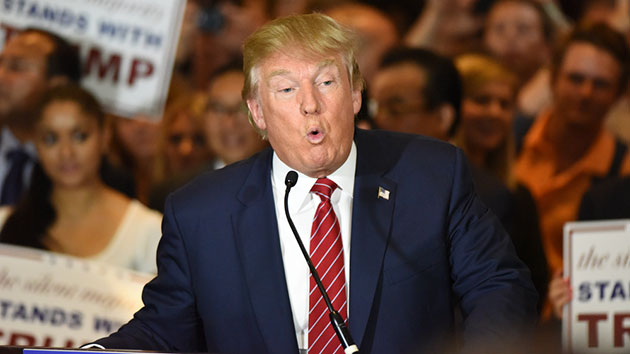 On Monday the Washington Post editorial board published a full transcript of its meeting with Donald Trump. It’s worth reading in full, if only because reading Trump’s unedited words, as opposed to hearing them spoken out loud, is an especially mind-blowing tour-de-force of nonsense. In response to the very earnest series of questions posed by WaPo editors, Trump offers little-to-nothing of any substance. In many cases, he just immediately changed the subject rather than respond to the actual questions.

One exception, where he actually did answer to the question asked of him, was the following exchange about climate change. As he has made clear many times before, he is a strident denier of climate science—or, as he puts it, “not a big believer,” as though accepting the premise that greenhouse gas emissions from burning fossil fuels warms the planet requires some sort of leap of faith. It doesn’t.

TRUMP: I think there’s a change in weather. I am not a great believer in man-made climate change. I’m not a great believer. There is certainly a change in weather that goes—if you look, they had global cooling in the 1920s and now they have global warming, although now they don’t know if they have global warming. They call it all sorts of different things; now they’re using “extreme weather” I guess more than any other phrase. I am not—I know it hurts me with this room, and I know it’s probably a killer with this room—but I am not a believer. Perhaps there’s a minor effect, but I’m not a big believer in man-made climate change.

STROMBERG: Don’t good businessmen hedge against risks, not ignore them?