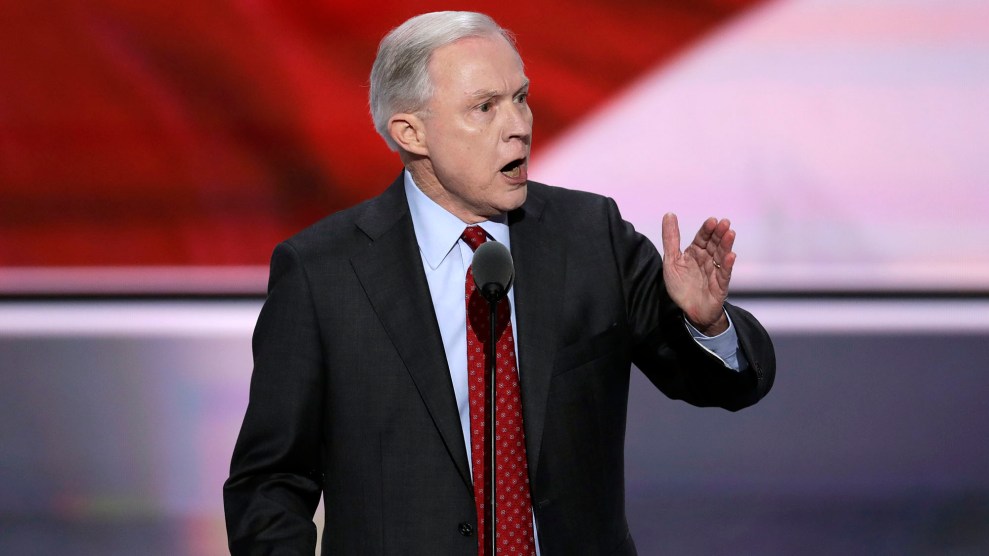 In 2008, Sessions voted yes on an amendment to remove pregnant women from the State Children’s Health Insurance Program (SCHIP) and instead give coverage to the fetus. At the time of the vote, Sen. Dianne Feinstein (D-Calif.) described the amendment as follows: “It takes it away from the woman and gives it to the fetus. Now, if the woman is pregnant in an accident, loses the child, she does not get coverage, the child gets coverage.” The amendment failed, with 46 senators voting for it and 52 against it.

It’s the only time in recent years that Sessions has voted in favor of expanding health care coverage—if you can call it that. He voted against expanding access to care for low-income people under Medicare and Medicaid in 2008, against expanding SCHIP to four million children in 2009, and against the Affordable Care Act in 2010. The clear difference, of course, is that Sessions’ vote for fetuses wasn’t really a health care vote; it was an anti-abortion vote.

If confirmed as attorney general, Sessions would have a huge say on the issues of abortion and women’s reproductive health care. Sessions could choose to investigate Planned Parenthood, for example, and defend state and federal policies that make it harder for women to access an abortion or reproductive care.