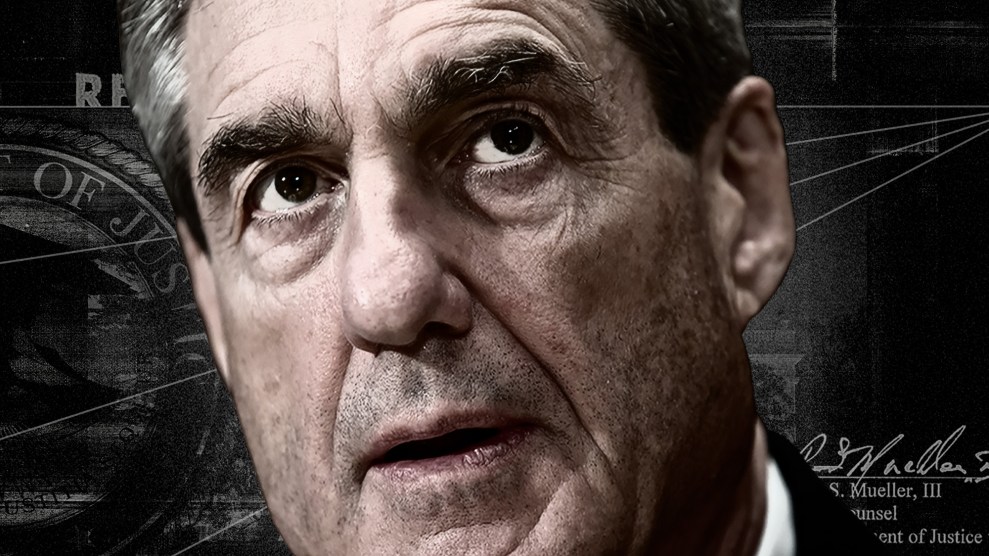 The Justice Department on Thursday released a redacted copy of special counsel Robert Mueller’s report, revealing some results of the nearly two-year investigation into the Trump campaign’s contacts with Russia.

Mueller completed his report last month, but the release was delayed while the Justice Department redacted what Attorney General William Barr said were several types of sensitive information in the report. In a March 24 letter to Congress, Barr summarized what he called the “principal conclusions” of the 448-page report. Barr quoted part of a sentence in the report in which Mueller concluded that the “investigation did not establish that members of the Trump Campaign conspired or coordinated with the Russian government in its election interference activities.” Barr made similar comments in a press conference Thursday morning before the release of the redacted report.

Barr also said in his March letter that Mueller found evidence “on both sides of the question” of whether Trump obstructed justice during investigations into the matter and that Mueller noted specifically that the report did not exonerate Trump of obstruction.

Barr said that due to Mueller’s failure to reach a conclusion on obstruction, Barr and Deputy Attorney General Rod Rosenstein considered the allegations and concluded that Trump did not commit “an obstruction of justice offense.” Trump and his defenders claimed that Barr’s letter cleared Trump of wrongdoing. “No Collusion, No Obstruction, Complete and Total EXONERATION,” Trump tweeted shortly after the letter’s release. The White House, its congressional allies, and pro-Trump pundits also launched a campaign to vilify political opponents who had exposed or criticized Trump’s ties to Russia.

Even before the release of the redacted report, some members of Mueller’s team reportedly told associates that Barr had failed to accurately represent their findings. Some of Mueller’s investigators have said they found “alarming and significant” information on Trump’s efforts to obstruct investigations into his conduct, the Washington Post reported. Mueller team members were also reportedly irked by Barr’s refusal to release summaries they had prepared for different sections of the report. Barr instead offered his own public description that, critics said, seemed to be intended to minimize any negative findings in the report.

Democrats in Congress have demanded that Barr turn over a complete copy of the report, without redactions. While Barr has claimed he is prohibited from sharing information protected under grand jury secrecy rules, Democrats say Barr could avoid that issue by getting a court order allowing the material’s disclosure. They have also asked Barr to share evidence gathered by Mueller in support of the report. The release of the redacted report is unlikely to end the dispute. House Judiciary Chairman Jerrold Nadler (D-N.Y.) has said he may use subpoena authority in a bid to force Barr to turn over more information, setting up a potential court battle.

You can read the redacted version of Mueller’s report below.