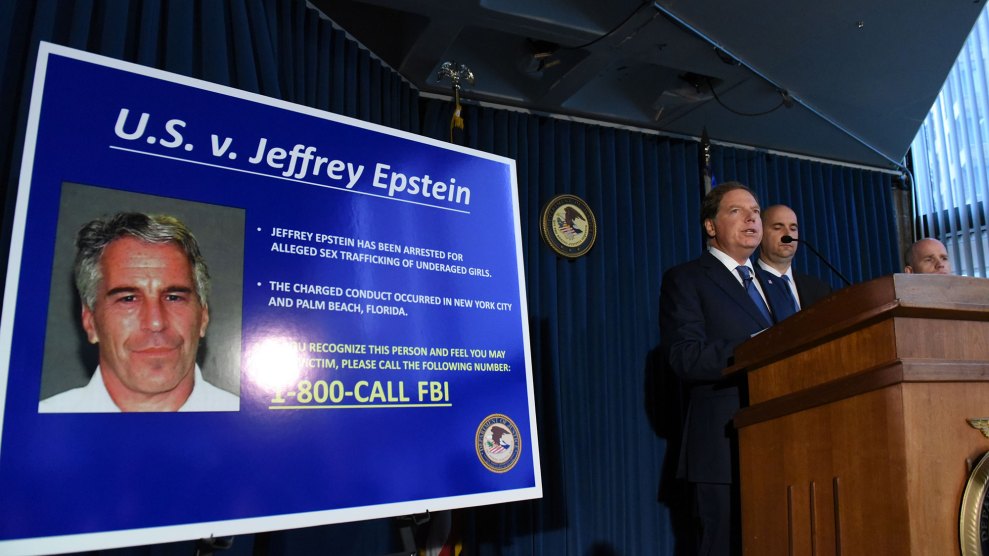 Epstein, who had recently been denied bail, died in an apparent suicide at the Metropolitan Correctional Center at 7:30 a.m., according to officials who spoke to the New York Times. ABC News reported that three weeks ago, corrections officials found Epstein “with marks on his neck that appeared to be self-inflicted”; the Associated Press reported that, according to “a person familiar with the matter,” he had been taken off suicide watch at the jail before his death. Attorney General William Barr said in a statement he was “appalled” to learn of Epstein’s death and said he will order the Justice Department’s inspector general to investigate the circumstances of how Epstein died. The FBI also opened a parallel inquiry into the incident.

Federal authorities in New York accused the multimillionaire last month of luring dozens of underage girls to his Upper East Side mansion and abusing them. Similar allegations trailed him in Palm Beach, Florida, where Epstein had another home, but he escaped serious punishment through a plea deal orchestrated partly by Alexander Acosta, then the US attorney for Florida’s Southern District and formerly President Donald Trump’s Secretary of Labor. Acosta resigned from Trump’s Cabinet last month over criticism of how he handled Epstein’s case.

The deal shielded Epstein from further prosecution in Florida and allowed him to serve just 13 months on a charge of soliciting prostitution from a minor. “Even then, he didn’t spend much time in a cell,” the Miami Herald reported. “He was allowed to go to his downtown West Palm Beach office for work release, up to 12 hours a day, six days a week, records show.”

Epstein’s wealth, private plane, and a Rolodex of powerful friends provided him cover during years where authorities say he preyed on underage girls. Trump and Epstein were neighbors in Palm Beach and partied together several times.”I’ve known Jeff for 15 years. Terrific guy,” Trump told New York magazine in 2002. “He’s a lot of fun to be with. It is even said that he likes beautiful women as much as I do, and many of them are on the younger side.” The two later clashed over an attempt to secure a “choice Palm Beach property” and fell out of touch, the Washington Post reported. “I don’t think I’ve spoken to him for 15 years,” Trump said last month. “I wasn’t a fan.”

Epstein’s other wealthy friends included prominent attorney Alan Dershowitz, who defended Epstein in Florida but has since renounced him, Prince Andrew of England, and President Bill Clinton, who has acknowledged taking four trips on Epstein’s plane but says he knew nothing about Epstein’s “terrible crimes.”

A day before Epstein’s death, a New York federal appeals court released thousands of documents related to his case, including photographs, depositions, and the memoir of one woman who said she survived Epstein’s abuse. The timing of Epstein’s death so close to the release of the unsealed documents has already fueled conspiracy theories that his death was ordered by the Clintons. Less than two hours after his body was found, “Clintons” and “ClintonBodyCount” were trending on Twitter.

The lawyers representing Epstein’s accusers want answers too. “I am calling today for the administrators of Jeffrey Epstein’s estate to freeze all his assets and hold them for his victims who are filing civil cases,” attorney Lisa Bloom, who represents two of Epstein’s accusers, tweeted Saturday morning. “They deserve full and fair compensation NOW.”

This is a developing story. This story has been updated.

If you or someone you care about may be at risk of suicide, call the National Suicide Prevention Lifeline, a free, 24/7 service that offers support, information, and local resources: 1-800-273-TALK (8255).