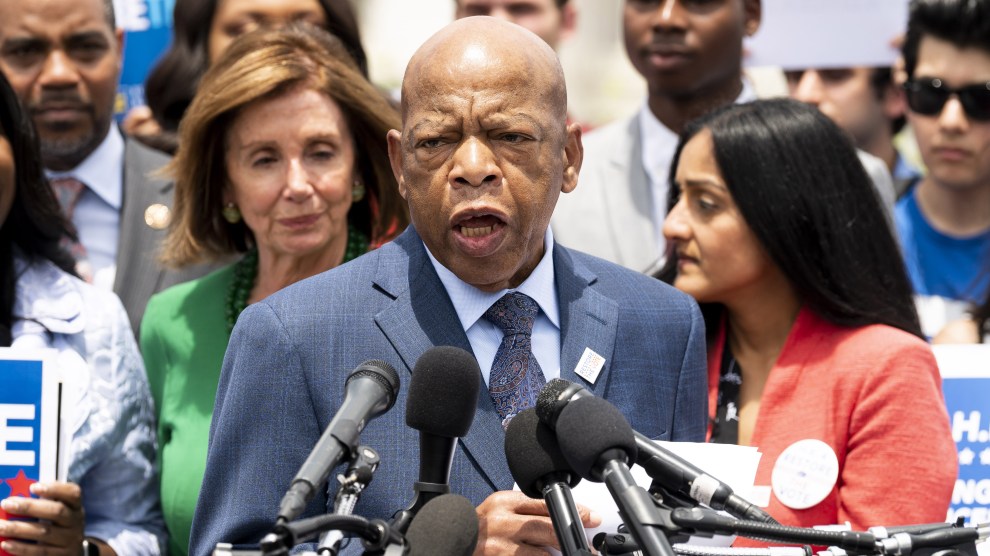 Rep. John Lewis (D-Ga.) delivered a call action for the House of Representatives on Tuesday to impeach President Donald Trump over the Ukraine scandal.

“We cannot delay. We must not wait. Now is the time to act,” the longtime civil rights leader said on the floor of the House. “We will never find the truth unless we use the power given to the House of Representatives and the House alone to begin an official investigation, as dictated by the Constitution.”

Lewis is one of 156 representatives—155 Democrats and one independent—who support impeachment as of Tuesday. Support for impeachment has grown since Trump admitted to discussing former Vice President and current presidential candidate Joe Biden on a phone call with Ukrainian President Volodymyr Zelensky in July. Trump insisted that there was “no quid pro quo” in the conversation, but he withheld $391 million in military aid to Ukraine in the days leading up to the call, the Washington Post reports.

Lewis, one of the Big Six civil rights leaders who organized the 1963 March on Washington, voted no on all four articles of impeachment raised against former President Bill Clinton in 1998. Trump’s actions, he said, threaten the future of democracy.

“There comes a time when you have to be moved by the spirit of history to take action to protect and preserve the integrity of our nation,” he said. “I believe I truly believe the time to begin impeachment proceedings against this president has come. To delay or to do otherwise would betray the foundation of our democracy.”

In an impassioned speech on the House floor, @repjohnlewis called for President Trump's impeachment: "I believe, I truly believe, the time to begin impeachment proceedings against this president has come. To delay or to do otherwise would betray the foundation of our democracy." pic.twitter.com/SDZ3nKPlZV