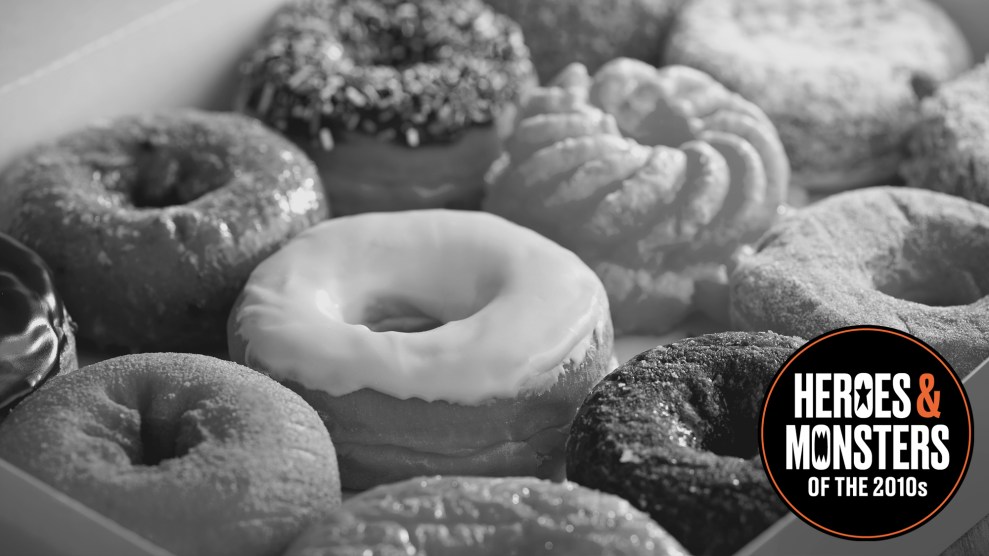 Let’s set the scene. It’s March 3, 2013. Angelica (she does not provide her last name) is working the drive-through window at a Dunkin’ Donuts in West Haven, Connecticut. At 11:06 p.m., according to the local NBC affiliate, a man pulls up and tries to pay for a small coffee with a $100 bill. When she refuses—company policy—the man tries to rob the establishment by climbing through the window. Angelica, quick on her feet, fights back:

I did see his coffee that I made him, so I looked at (it) quick, threw him the first one. Looked at the pots of coffee and threw the pot of coffee at him. That’s when he started running into his truck and then he left, and I said, “Go run on Dunkin’.”

But it was also a decade when service workers fought back. In 2012, 200 fast-food workers went on strike in New York City to demand better wages. It was the beginning of “Fight for 15”—one of the most effective progressive political movements in decades. In the years since, Fight for 15 organizers won victories in states and cities across the country. By 2018, the National Employment Law Project estimated the movement had secured $68 billion in raises for some 22 million workers. And it would’ve been even higher if some Republican-controlled state legislatures hadn’t passed special legislation to block municipalities from setting their own higher wage rates. (Like I said, a lot of people were shitty to service workers this decade.)

In the 2010s, fast-food workers took on the people who had been robbing them and actually won. So here’s to Angelica, the unlikely hero wielding a corporate catchphrase like a battle axe.