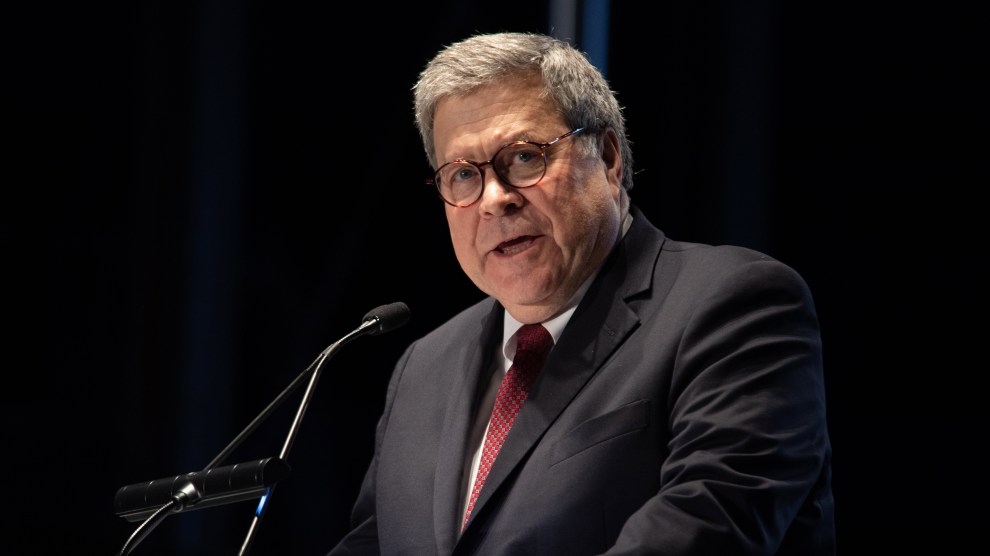 To Attorney General Bill Barr, a large percentage of the American electorate amounts to nothing more than “25-year-olds living in the government’s basement, focusing [their] energies on obtaining a larger allowance rather than getting a job and moving out.”

The chief law enforcement officer of the United States railed against progressives in a speech to the National Religious Broadcasters Convention on Wednesday, calling liberals “militant and totalitarian.” “While they seek power through the democratic process,” he said, “their policy agenda has become more aggressively collectivist, socialist, and explicitly revolutionary.”

The comment is reminiscent of former Republican presidential candidate Mitt Romney’s 2012 remarks that 47 percent of Americans have a sense of entitlement, are “dependent upon government,” and “believe that they are victims.” But Barr’s statements go even further.

Barr went on to quote Alexis de Tocqueville, who feared that American democracy would allow people to rely on the state to take care of them—a common but misguided belief about social welfare in general. Barr then made the tenuous logical leap that dependence on the government is a sort of despotism in its own right.

“It would be totalitarianism beneath a veneer of democratic choice,” he said.