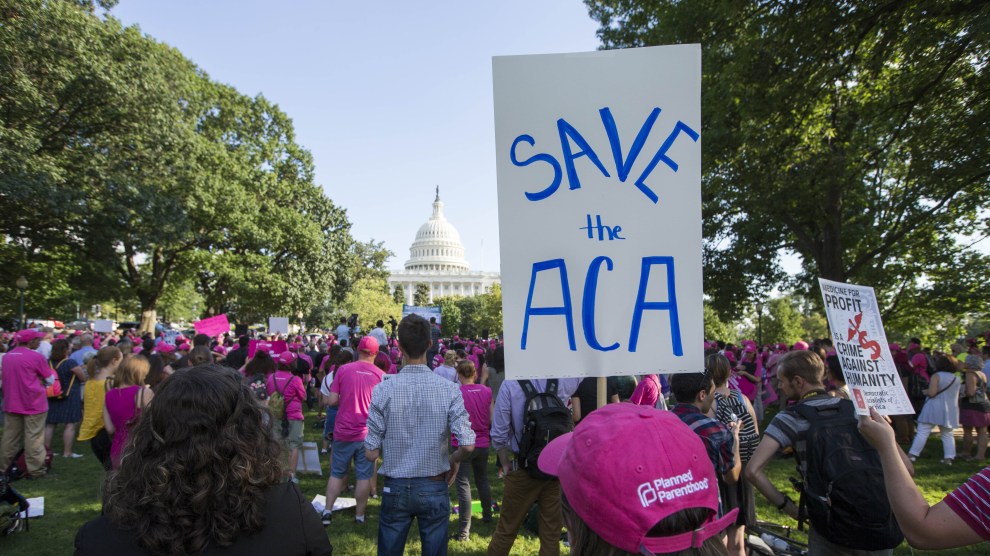 The Supreme Court announced Wednesday that it will hear a case that could decide the fate of the Affordable Care Act. The timing for when oral arguments will be held was not announced, but it is possible that the court will hear the case next fall, shortly ahead of the 2020 election (though a ruling likely wouldn’t be released until spring or summer 2021).

In December, a federal appeals court found the individual mandate—the part of Obamacare requiring uninsured Americans to pay a yearly penalty—unconstitutional, and left the rest of the law in doubt, sending the case back down to a lower court to decide if the entirety of the ACA, including provisions like protections for preexisting conditions, should also be wiped out. The case against the ACA was brought by Republican attorneys general, who argued that the law should be struck down after Republicans in Congress lowered the penalty for the individual mandate to $0.

That broader attack on Obamacare was one the Trump administration eventually adopted, so Democrats have urged the Supreme Court to hear the case quickly in order to keep the president’s opposition to the Affordable Care Act in the public eye ahead of his reelection campaign.

Until the Supreme Court rules on the case, Obamacare remains the law of the land, and people with health plans from the ACA’s marketplaces are still covered.