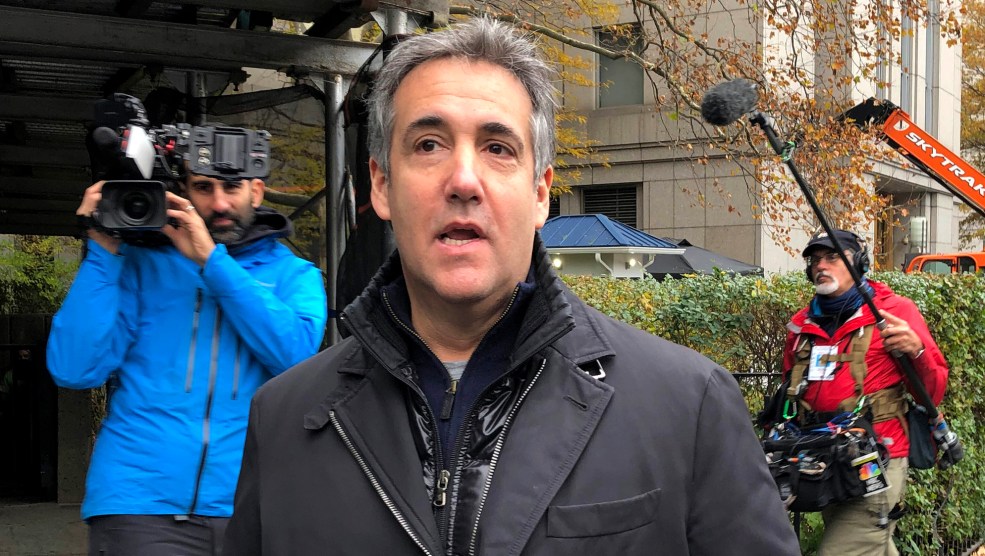 Michael Cohen, the longtime fixer for Donald Trump, met with New York City prosecutors on Tuesday afternoon, signaling that those prosecutors may be gearing up for more criminal cases related to the former president. Cohen spent just over a year in prison after pleading guilty to tax fraud, campaign finance, and perjury charges stemming from a scheme he participated in during the 2016 election to pay off adult actress Stormy Daniels in an attempt to cover up an extra-marital affair Trump had with her in 2006.

Cohen has met with the Manhattan district attorney’s office 13 times previously, but not for at least a year. On Friday, Trump’s companies were sentenced to the maximum sentence—a $1.6 million fine—in a different tax fraud case that Manhattan prosecutors won against Trump in December. That case, which had relatively low stakes, was set in motion by former Manhattan DA Cy Vance Jr. When the current DA, Alvin Bragg, took office last year, he seemed reluctant to pursue criminal investigations into Trump personally.

The ease with which prosecutors in Bragg’s office won convictions on nine tax fraud counts against two Trump-owned companies may have changed Bragg’s mind. The trial went poorly from the start for the Trump companies—huge numbers of potential jurors were dismissed after saying they couldn’t judge Trump fairly, and even many juror candidates that Trump’s defense attorneys ultimately approved confessed they had very low opinions of the former president. Throughout that trial, which focused on how the companies reduced executives’ salaries in exchange for giving them off-the-books benefits that they didn’t pay taxes on—like free apartments, luxury cars, and tuition for their children—defense attorneys desperately tried to shift blame away from Trump and the company, and onto individual employees and outside accountants. The jury didn’t buy it.

By the end of the trial, prosecutors leaned hard on the narrative that the Trump’s companies had a culture of fraud and that the tone was set at the very top. Although Trump was not personally charged in the case, prosecutors showed documents that he signed that were key to the case. The jury deliberated quickly and delivered guilty verdicts on all charges.

After the trial, several jurors said they found Trump’s defense unconvincing and saw his attorneys as “bullying” and condescending.

All of this may have helped strengthen Bragg’s resolve to pursue further charges. Immediately after the sentencing on Friday, Bragg made cryptic comments suggesting he was gearing up for more—which Cohen’s return to his office on Tuesday seems to reinforce.

“The sentencing today closes this important chapter of our ongoing investigation into the former president and his businesses,” Bragg told reporters, on Friday. “We now move on to the next chapter.”

On his way into Bragg’s office on Tuesday, Cohen told reporters that he had been called in to speak with investigators.