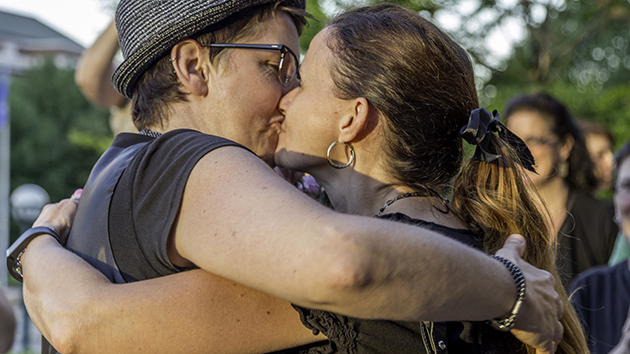 On Thursday, a federal appeals court upheld bans on gay marriage in Ohio, Tennessee, Kentucky, and Michigan. In a 2-1 vote, the 6th Circuit reversed lower courts’ rulings which had found the bans unconstitutional and sets up a likely Supreme Court showdown. Judge Martha Craig Daughtrey issued a scathing dissent. Here are her five best lines.

1. “The author of the majority opinion has drafted what would make an engrossing TED Talk or, possibly, an introductory lecture in Political Philosophy.”

2. “For although my colleagues in the majority pay lip service to marriage as an institution conceived for the purpose of providing a stable family unit ‘within which children may flourish,’ they ignore the destabilizing effect of its absence in the homes of tens of thousands of same-sex parents throughout the four states of the Sixth Circuit.”

3. “Because the correct result is so obvious, one is tempted to speculate that the majority has purposefully taken the contrary position to create the circuit split regarding the legality of same-sex marriage that could prompt a grant of certiorari by the Supreme Court and an end to the uncertainty of status and the interstate chaos that the current discrepancy in state laws threatens.”

5. “…they are committed same-sex couples, many of them heading up de facto families, who want to achieve equal status—de jure status, if you will—with their married neighbors, friends, and coworkers, to be accepted as contributing members of their social and religious communities, and to be welcomed as fully legitimate parents at their children’s schools.”

It’s important to note the author of the majority opinion was Judge Jeffrey Sutton, who was appointed by former president George W. Bush. Thursday’s development demonstrates yet another example of Bush’s conservative legacy carrying on in federal courts long after his presidency ended.